They are hidden in the code for now, however it is unknown if they will become fully functional. 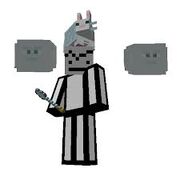 A player with two cloud sentries and a aerbunny.
Retrieved from "https://aether.fandom.com/wiki/Cloud_Sentry?oldid=10154"
Categories: