Rainbow Strawberry is an item found in the Aether, from enchanting Wyndberries.

It is obtained by enchanting a Wyndberry, which is dropped from Carrion Sprout mobs, on an Altar with three Ambrosium Shards. 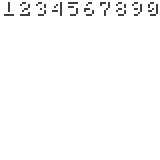 When eaten, it recovers eight hunger points (four hunger drums) and gives both Haste II and Resistance II for 10 seconds. Unlike the Orange and Blue Berry Bush, Rainbow Strawberries cannot be planted or farmed, making it a rather unreliable food source.