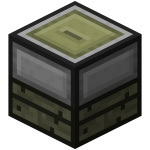 The Freezer was removed after the 1.6.4-4.0 update, and so, is currently completely removed as of the current version of The Aether II.