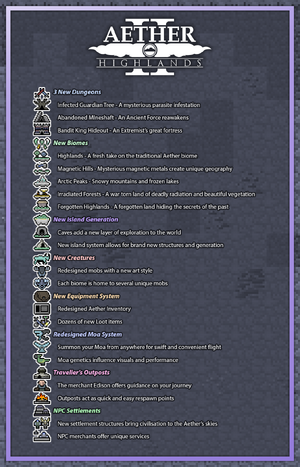 The Highlands Update, is an upcoming major update for the Aether II mod. It will focus primarily on the addition of several new major biomes and island terrain generation but includes additional other features such as NPC Angel villages, Moa genetics and more.[1][2]