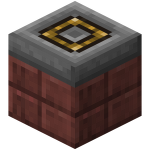 ider which determines the time of day, with the very far left of the bar consisting of dawn, and the very far right consisting of night. As time passes in the Aether after deafeating the Sun Spirit, the player will need to continually move the slider back into position to keep the time at the position they require.

If you try to use the Sun Altar in any other dimension than the Aether, in the chat it will say "The Sun Spirit has no power over this realm"

As of Aether II Alpha, the Sun Altar has not been implemented yet.